Has Your Health Insurance Claim Been Denied or Underpaid? 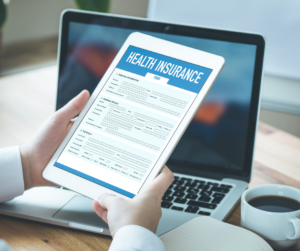 Doctors are responsible for submitting requests for payment from insurance providers, but it’s often the case that patients, themselves, must file appeals when those claims are denied. Insurance companies are playing the numbers and banking on the fact that many patients will simply give up instead of jumping through bureaucratic hoops to get the care they need or the money they are owed. Of the claims that are denied, less than one percent are appealed.

The process of filing an appeal can feel daunting, but it’s your right. It’s also in your best interest because between 40% and 60% of the appeals that do get filed are decided in the patient’s favor. If you’re feeling hesitant about engaging with the bureaucratic system, read on to find out what to expect. It could save you thousands of dollars or get you the life-changing medical care required to deal with a potentially devastating condition.

Each type of health insurance plan has different coverage options. Some cover only hospital stays or certain kinds of medical care. Others provide coverage for all forms of medically necessary care, plus prescription drugs. You won’t be able to file an appeal until you determine what type of health insurance plan you have. These types of plans can include:

Why Claims Get Denied

Insurance companies are regulated by federal and state laws designed to prevent them from making bad-faith rulings on health insurance claims. Unfortunately, though, that doesn’t stop them from denying legitimate claims. There are a variety of ways in which they get away with doing so.

It’s often the case that insurance companies rigidly define categories or types of claims without evaluating the specifics, even if that means they are denying claims that are explicitly covered under their plans and policies. One common example is procedures that are generally considered cosmetic but may, under particular circumstances, be medically necessary.

When this happens, the insurer is essentially maintaining willful ignorance. Because the claim is for a procedure type that is generally excluded as being medically unnecessary, the only way for particular patients who are exceptions to the rule to get the care they need to be paid for is to file an appeal. Insurance companies know how unlikely that is.

Another common reason for insurance companies to deny claims is an assumption that they are investigational or experimental. Off-label drug use is a good example. The problem is that even when doctors agree that a procedure has been well-established as safe and effective, the insurance company may still deny the claim as experimental if there is not a consensus about it across the medical community.

It’s incredibly common for insurance companies to deny claims as a result of technical mistakes. The problem is often as simple as a doctor putting in the wrong diagnostic or procedural code. Insurance companies now use auditing software designed specifically to find technical errors in billing codes submitted by doctors, hospitals, and clinics, often called “denial engines.” Their specific intention is to find ways to deny or lower the amount of payment to doctors and hospitals.

In the cases described above, insurers can usually pretend ignorance, even if they know they are denying legitimate claims. Sometimes, though, there are cases where insurers intentionally defraud patients or physicians. Examples include:

These are just a few examples out of many of how insurance companies find ways to deny coverage to the patients who need it the most. If you’ve had a legitimate claim denied, whether it was as a result of purported ignorance or illegal, willful practices like those described above, it’s always in your best interest to file an appeal.

Filing an appeal is the best, and often the only, way to get a claim denial reversed. To maximize the chances of success, you may want to learn the basics about the three different types of insurance appeals.

Internal appeals involve going back to an insurer to ask them to reconsider a claim denial. Legally, you have six months from when you learned that the claim was denied to file this type of appeal. The insurance company also has a set timeline for providing you with a response. If a prolonged wait for the treatment or service could cause more harm, you may want to file an expedited appeal.

If your insurer denies the initial internal appeal, you may want to file an external appeal. This process involves going through an independent entity. Each state has a slightly different set of laws governing how the external appeals process is handled, but you usually have four months from the day you learned that the initial claim was denied to begin the filing process. You may also qualify for an expedited external appeal.

Both internal and external appeals can be expedited. This occurs when the time required to complete a standard appeal could cause additional harm to a patient’s health. If you qualify to file an expedited appeal, you may be able to file both internally and externally simultaneously.

The Benefits of Filing an Appeal

Filing an appeal is the only way to hold an insurance company accountable for an illegal or illegitimate claim denial and get the medical treatments you need to get better. Even if you’ve already had the procedure when the insurance company claims it was not covered by your policy, you can still file an appeal as long as it has been six months or less since you learned about the claim denial. Not only will you get access to the medication or medical treatments you need but you’ll also be able to hold the insurance company accountable and reduce the chances of other people suffering as a result of the same or a similar problem.

What to Do About a Claim Denial

If your claim has been denied, it’s time to speak with a medical malpractice attorney. Reach out to the Law Offices of Ken M. Frankel as soon as possible. We can be contacted online or by phone at (954) 799-4529. Initial consultations are always free and come with no obligation, so don’t be afraid to call. We are here to help.